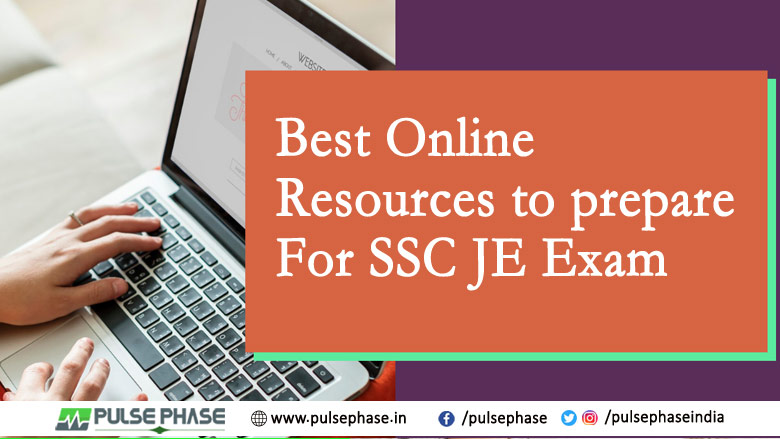 Some of the Best online resources to prepare for SSC JE

Every year with more students graduating in engineering, the competition is on the rise as lakhs of engineering graduates across India apply for various technical exams such as SSC JE to bag a government job. Though like students preparing for other government exams, a large number of SSC JE aspirants also struggle every year to find the best educational resources available online such as Test series, Live coaching, and others to prepare properly for the exam

On that note, let’s talk about some platforms offering the best quality online resources for students preparing for the SSC JE exam to help them crack the exam in the first attempt.

Testbook through its live batches and uniquely designed video courses provide online coaching services to students preparing for any significant government exam such as SSC JE.

The Gradeup on its website and app have started offering live video courses to students preparing for all major SSC exams including SSC JE. The live courses comprise interactive live video sessions, PDF notes, full-length mock tests, live quizzes, practice sets and more. Additionally, these live courses have been curated by experienced teachers and are conducted in both English and Hindi language i.e., Bilingual to defeat the language hindrance.

Aspirants preparing for the SSC JE exam can access structured courses (live and recorded) that align as per the latest SSC JE exam pattern and syllabus. All they have to do is open the Unacademy app or visit its website and get the SSC exam membership at a nominal membership fee.  Also Get 10% Extra Discount Applying code’ NAWABSINGH” at unacademy.com

Through this, they can get access to all structured courses created by India’s top instructors. These carefully curated courses include live video sessions, quizzes and tests to assist students to prepare in the most ideal way and crack the SSC JE exam.

Furthermore, Unacademy encourages you to keep track of your progress and analyze shortcomings in your performance through in-depth performance reviews incorporated in mock tests and quizzes.

Lastly, Features such as customized class scheduling, regular updates on live classes, downloading recorded sessions, conversing with instructors during live sessions, PDF notes and other study material make Unacademy one of the ideal choices for Students preparing for the SSC JE exam.

Testbook provides a colossal amount of tests and quizzes for all significant government exams including SSC JE. The Testbook SSC JE test series include 300 plus mock tests and numerous quizzes for both students preparing for SSC JE and RRB JE Recruitment in Mechanical Engineering and Electrical Engineering.

Furthermore, the testbook allows students to save significant questions and tests with revisit and reattempt them later. Additionally, students can watch recorded videos by experts on strategy and tips to improve their accuracy and speed.

Lastly, the tests incorporate thorough performance evaluation for students to get knowledge of their shortcomings.

Another major exam preparation portal that is famous among students preparing for various government exams is Adda247. The reason behind this popularity is that it offers an extensive range of high-quality online test series for all major government exams.

Each test series incorporates a comprehensive performance report along with videos on strategy, tips and tricks from SSC JE toppers. Furthermore, the Gradeup lets the students compete with others through scorecards and All India Ranking.