Political science deals with the government system which is basically politics at the local, national and international levels. It involves all the political activities, their thoughts, Practices, Theories, power, etc. When it comes to the Political preparation strategy you need to focus on the actual goal. All you need is good reading and a detailed understanding of the optional subject

Some basic strategies you need to focus on

The Political science subject is a dynamic as well as changing subject. The most important tips & Political science preparation Strategy for every UPSC always aware, think full and contemporary for our surrounding.It helps the candidates in updating their knowledge of the current events and provides a fresh perspective on the burning domestic and foreign policy issues. Political science is one such subject that overlaps very well with subjects like General Studies. Political Science features topics and study that have great relativity to current affairs

It may offer a comparison regarding the particular set of problems or institutions in a number of different countries and the basic political institutions.

UPSC has given the students freedom to choose their optional subjects.  Among these subjects, the majority of the students liked Political Science and International relations.

There are courses in the political methodology field which cover the philosophical issues related to the science of politics, the similarities and differences between political science and other social sciences, the formulation of experimental and non-experimental research, the use of statistics and mathematics, and the analysis of political data.

No need of background of this subject

It is not too technical or comprehensive, it does not need to have excess background, knowledge, practice, well scoring regarding this. Just grab your hands on the authentic knowledge and given UPSC syllabus.

Make a study plan for the whole syllabus. It plays a major role in the success of getting a good score in the exam. Make a monthly plan, weekly plan or either its daily schedule to prepare UPSC Political Science & International Relations. That will affect the preparations for the exam.

Some important topics for political science

Nature and major approaches; political economy and political sociology perspectives; limitations of the comparative method. Effective comparative study of political systems is rooted in the scientific method. They seek to identify and understand the similarities and differences among political systems by breaking major topics like democracy or freedom down into the factors we find in individual systems.

Our political institutions have major influence on how we behave. For example, cultural factors influence the political process in many ways, and lead to different political values. How we define culture as the ideas, values, beliefs, and norms that inform the ways we behave, and how we believe others will judge us for our behaviour.

The Constitution provides the best ways for the political system. It also vary from state to state, they are similar in many ways. Constitutions define political leadership, modes of representation, a legal framework.

The breakdown of democracy, and the debate regarding the relationship between democracy and economic development. According to American political scientist Larry Diamond, democracy consists of four key elements: a political system for choosing and replacing the government through free and fair elections; the active participation of the people, as citizens, in politics and civic life; protection of the human rights of all citizens; 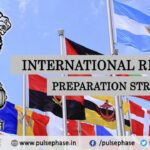