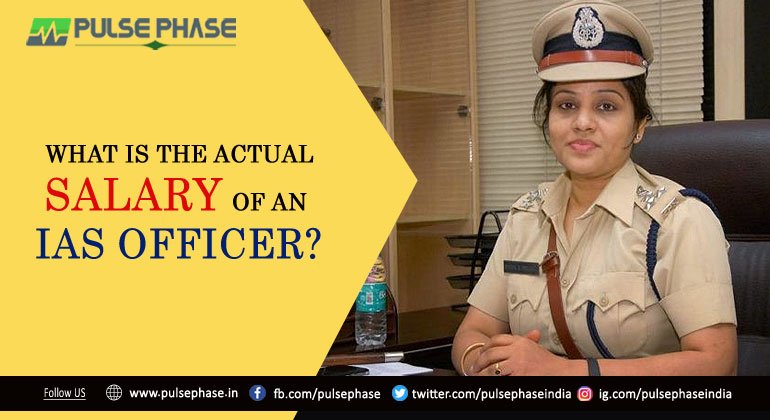 In this article, We will let you know about the Salary structure of an IAS Officer. what is the change after the 7th pay commission in IAS Officer’s salary?

IAS officers are the policymaker of the nation. They help in maintaining the law and order as well. In short, without these IAS officers, you can’t run the country. It’s a very responsible job. The salary of an IAS is also very handsome.  However, you should not aspire to become an IAS officer because of the Salary. Your intent should be to serve the country.

Many students ask this question and why not after all it’s such a prestigious job. In this article, we will know the salary of an IAS officer. Earlier, the salary was also decent but after the 7th pay commission recommendation, the basic pay increased to 56000 rupees from 15600. Further, it goes up to 2,50,000 with tenure.

You should also know that Travel Allowance TA and Dearness Allowance DA are not part of the basic salary. House rent allowance (HRA) is also separate from the IAS basic salary.

Let’s understand the IAS Salary through the table

The Dearness Allowance(DA) starts from 0% for the new IAS officers and it increases with time.

To become an IAS one needs to clear the UPSC exam which is held in 3 stages. Several other perks are given to IAS officials apart from the salary such as Bungalow, Car, etc.  Apart from all these benefits, the honor of becoming an IAS officer is far greater than the monetary benefits.

What is the salary of an IAS officer after the 7th Pay Commission?

Like any other job, an IAS officer also gets a promotion and also gets a salary hike. Salary is increased at the rate of 3% every year.  The DA (Dearness Allowance) increase rate is 0-14% each year at entry-level. The DA rate increases highest when you become older in the system as well.

Civil Servants’ jobs are the most sought in India but the salary is not the only component that drives almost 10 lakhs of students every year.  The honor and reputation associated with it are the main reason that every student wants to clear the exam.

Other Benefits and Perks of an IAS officer

House Rent allowance is given to IAS officers as per the class cities. Cities are divided into three categories X, Y & Z.

DA is merged with the existing transport allowance.

Q1. What is the Maximum Salary of an IAS officer?

Ans – The Maximum Salary of an IAS officer goes up to Rs 2,50,000/ Month with the designation of Cabinet Secretary of India.

Q2. What is the Minimum Salary of an IAS officer?

Ans – The Basic Salary of an IAS officer is Rs 56,000 / month at the initial stage though this is not the total salary.  The Salary of an IAS Officer may differ based on rank and divisions.

Q3. Do IAS officers get paid in training?

Ans – Yes, IAS officers get paid in training as well. IAS training is conducted in Mussoorie.

Q4. How much hike an IAS officer gets every year?

Ans – Generally, the hike rate is 3% each year but it increases when IAS officers get promotions.

Q5. What is the Basic Salary of an IAS officer?

Q6. What is the Salary of a Cabinet Secretary?

As per the 7th pay commission, the following is the pay scale distribution: