Among the 48 subjects in India’s History Books and Syllabus for UPSC exam is one of the most popular optional subjects. As this subject doesn’t need any prior knowledge or understanding of the subject matter, many candidates choose this as their optional subject. This subject doesn’t need much prior coaching or preparation rather than studying. As every subject needs a studying strategy, this history optional subject also needs a good studying strategy. Otherwise, the aspirants won’t be able to score good marks.

This subject has 2 papers (Paper I and Paper II) in the UPSC syllabus. Each paper consists of 250 marks each

26. Disintegration of Soviet Union and the Rise of the Unipolar World: Factors leading to the collapse of Soviet communism and the Soviet Union, 1985-1991; Political Changes in Eastern Europe 1989-2001; End of the cold war and US ascendancy in the World as the lone superpower. 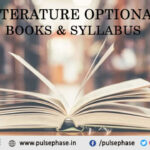