Registrations for B.Tech are Now Open and Examinations to be Held Between 19th and 25th April, 2016

SRM University has invited admission applications for its 2016 undergraduate and postgraduate programs from domestic and international students for its faculties of Engineering, Medicine & Health Sciences, Management, and Science & Humanities. The admission process is for all campuses of SRM University – three in Chennai and one in NCR-Delhi and also its Group universities of SRM University, Sonepat at Haryana and SRM University Sikkim.

Every year, SRM gets an overwhelming response. Last year, the B. Tech course witnessed over 1,50,000 students applying from all parts of India and from 52 countries across the world.

This year, SRM has introduced two schemes to recognize and reward high calibre students. It will waive off the application fee for students who scored 95% and above or equivalent in 10th Standard and an essay contest is being conducted wherein applicants would win a fully paid tuition fee scholarship to an undergraduate engineering degree in any institution across India. The contest is designed to trigger and encourage thinking in young minds.

Several scholarships are provided to recognize and reward highly talented students, including the Founders’ Scholarship – a 100% waiver of tuition and hostel fees and a monthly stipend of Rs. 1000 for toppers in SRMJEEE, JEE, CBSE/State Board final and for outstanding sports performance; tuition fee waiver of 50% for 200 scholarships to applicants with 10000 SRMJEEE rank, and with 95% aggregate score in PCM/PCB in school final as per the eligibility.

Registration closes on 15th March, 2016. Examination slot booking is from 26th to 30th March, 2016. Immediately upon choosing the exam slot, the hall ticket can be downloaded. Results will be declared on 4th May, 2016 followed by online and on-campus counselling.

The eligibility for B.Tech at SRM’s Kattankullathur Campus is a minimum aggregate of 65% in PCM/PCB; for other campuses and other programs it is 60% in qualifying exam.

To ensure that qualifying students are not constrained by finance, SRM would facilitate on-the-spot sanction of bank educational loans during admission counselling.

Candidates willing to apply can fill in the forms, offline or online. If paying offline, the application has to be filled online and the downloaded form has to be sent to the university with DD drawn in favour of SRMIST, payable at Chennai.

SRM University is one of the top ranking universities in India with over 38,000 students and more than 2,600 faculty across all campus. It offers a wide range of undergraduate, postgraduate and doctoral programs in Engineering, Management, Medicine and Health sciences, and Science and Humanities.

SRM is accredited by NAAC with ‘A’ Grade in the year 2013. SRM University is placed in A category by MHRD. 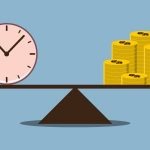 Simple tips to save smart and retire rich