Mithun Premraj has topped the UPSC exam 2020 and secured AIR 12. He is a doctor by profession and belongs to Vadakara. It was his fifth attempt at the UPSC CSE examination. His continuous efforts for the civil services gave him success in his fifth attempt. He completed his MBBS in 2014. Mithun Premraj IAS always wanted to be an IAS officer. So, he continues his preparation along with MBBS. That is why after 4 failed attempts, he did not lose hope and again appeared in the UPSC exam for the 5th time.

Finally, he cracked the exam and got success. Mithun Premraj shares his preparation strategy and advises the aspirants on how they should prepare for the examination.

Mithun Premraj is from Vadakara which is situated in Kozhikode district of Kerala. Dr. Mithun Premraj did MBBS from JIPMER, Pondicherry in 2014. After completing MBBS he started his preparation for civil services. His father Dr. Premraj is a prominent pediatrician and his sister Dr. Ashwathi is a senior resident doctor at the Kunhitharuvai Memorial Charitable Trust Group of Institution Medical college. Dr. Mithun is 30 years old and he was working in the COVID care center before the civil services examination.

He chose Geography as an optional subject. After completing his medicine, he acquired a diploma in Public health from New Delhi. He has been a hard-working student since the beginning.  He has a dream of becoming an IAS that is why he continued his preparation for civil services.  After all the hard work of 5 years, finally he got success and topped the exam with AIR 12.

Mithun Premraj’sUPSC mark sheet is given below:-

Mithun Premraj shares his preparation strategy and time management plan for the students. He says don’t follow any topper’s strategy blindly because they don’t have any written strategy. So, make your own strategy based on your capabilities. You have to work hard and manage your time well. Be aware of your strengths and weaknesses. Don’t be afraid of your failed attempt, try to learn from it.

Mithun Premraj is dedicated and hard-working,  he cracked the IAS exam even after 4 failed attempts. He advised all the UPSC aspirants, always keep an eye on the current affairs and exam process. Stay positive and focused on your study, you will definitely achieve your goal.

2. Which rank did he secure in the UPSC exam?

4. What is the education of Mithun Premraj?

5. What subject did Mithun Premraj opt for the UPSC exam?

Answer- Mithun Premraj opted for Geography as an optional subject in the UPSC exam. 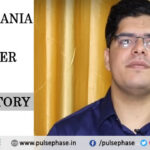