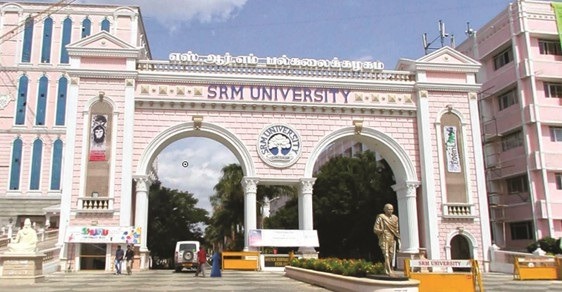 In view of the ongoing higher secondary examinations and with requests from candidates and parents asking for more time to apply, SRM University is pleased to extend the application deadline of the Joint Engineering Entrance Examination to 30th March 2016.

Candidates can apply only online till the new cut-off date – http://www.srmuniv.ac.in/admission-india

Intending candidates are advised to apply on time and choose examination slots during the above span. Immediately upon choosing the exam slot, hall ticket can be downloaded. Results of the entrance examinations will be declared on 1st of May 2016, followed by on-campus and online counselling.

Application deadline is also extended to 30th of March 2016 for Health Sciences UG, SRMGEET for M.Tech and SRMCAT for MBA. To enable the applicants practice for our entrance examination, we have arranged for different test papers in our admission portal.

The eligibility for B.Tech at SRM’s Kattankullathur campus is a minimum aggregate of 65% in PCM/PCB in HSC exam and 60% aggregate for other campuses and SRM University, Haryana. For other programs, eligibility is 60% aggregate in the qualifying examination.

The SRM University (Sri Ramaswamy Memorial University), formerly SRM Institute of Science and Technology, is a deemed university in the state of Tamil Nadu, India. It was founded in 1985 as SRM Engineering College in Kattankulathur, under University of Madras.

It now has four campuses in Tamil Nadu – Kattankulathur, Ramapuram, Vadapalani, and NCR in Delhi. The institute gained deemed status during the 2003-2004 academic year and was renamed SRM Institute of Science and Technology. It became SRM University in 2006, when it attained the status of a full-fledged university, under section 3 of the UGC Act, 1956.