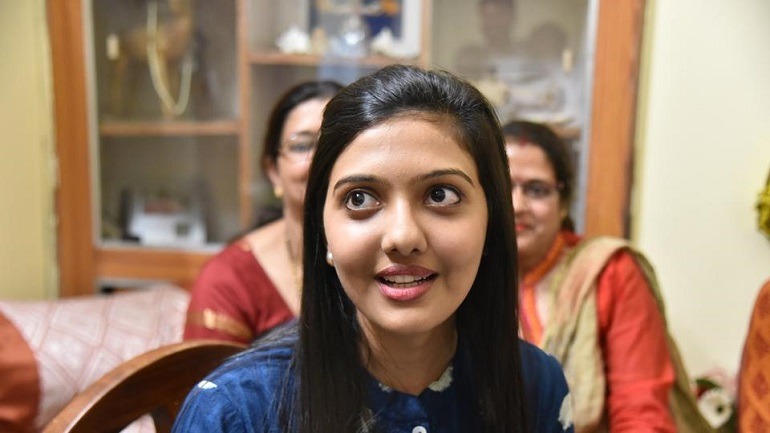 IAS is the dream of thousands of Indian, but not everyone follows the right strategy to clear the exam. It takes lot of effort and right planning to study and clear the IAS exam.

In the year 2018, Out of the 759 candidates who qualified the UPSC civil services exam, 182 are women. The topper among the women candidates is Srushti Jayant Deshmukh, who managed to clear this exam in her very first attempt and securing all-India rank of 5. She made history in the civil services with 5th rank in the UPSC or Union Public Service Commission. She is one amongst only 10 women who have featured in the top 25 rankers.

A Native of Bhopal, Srushti has graduated from Rajiv Gandhi Prodyogiki Vishwavidyalaya as a chemical engineer in 2018. Her father is also an engineer and mother is a homemaker. She also has a younger brother, who studies in 7th standard.

Since she wanted to give only one shot to her dream career of becoming an IAS officer, therefore she chose engineering as a hold-up option; which means if she couldn’t clear IAS exam in her first attempt, she’ll take up her career as an engineer.

Srushti has been a studious and a brilliant student throughout her academics. She scored an 8 CGPA in her Class 10 and 93.4 percent in Class 12.

Srushti Jayant Deshmukh is a mere 23 years old and is one amongst the youngest candidates to clear IAS exam with flying colours. Let’s learn more about this wonder girl and find out what and how she did to get through this toughest exam.

While she recommends self-study through internet, she also recommends the aspirants to be aware of the distractions caused when you are online. If you are someone, who easily gets distracted or get into overuse of internet, you may end up at losing your focus on IAS preparation. She prepared for the examinations using online test series and study materials.

When Srushti Jayant Deshmukh was interviewed, she also said that while she was preparing for IAS exam, she deactivated all her social media accounts. She gives the credit for her success to her teachers and family.

Although Srushti is a chemical engineer, she chose sociology as her optional subject in the UPSC exam. – Check out: How to Select Optional Subject in UPSC

The UPSC released the marks scored by the successful candidates indicating the subject-wise breakup of the marks. Srushti Deshmukh scored a total of 1068 marks out of a total of 2025 marks.

Some facts about Srushti Jayant Deshmukh

Institute for IAS Preparation: None, Self-study through online test series and study materials available on the Internet.

Future Plans: Shrushti Deshmukh wants to work for the betterment of society by working in the field of women empowerment and education.