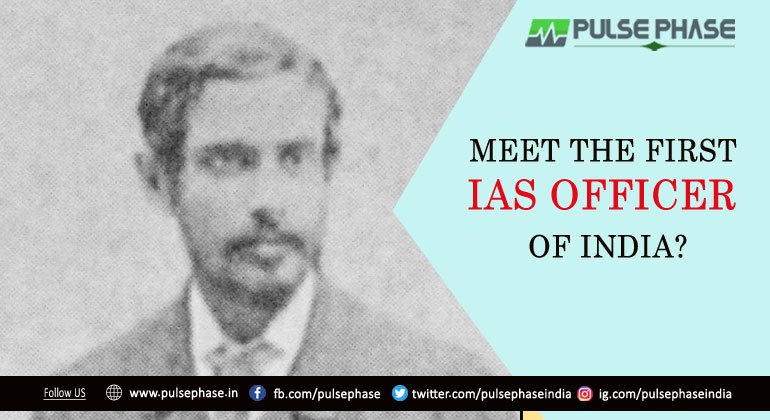 But do you ever think who was the first IAS officer of India? Well, let’s, deep-dive, into the history of Indian Administrative Service (IAS).

IAS is an esteemed job profile and there are many students who try to clear this exam. Approximately 10 Lakh aspirants fill the UPSC Civil Services Exam form and almost 5 lakh takes the exam.

Many of you don’t know that earlier this exam was not known as Indian Administrative Services. Yes, you read it right! It was known as Imperial Civil Services.

You would also be surprised to know that earlier ICS (Imperial Commission Services) examinations were not even held in India. If any Indian wanted to take this exam then they had to go to London to take part in this exam.

In 1922, after several petitions by Indians, the first exam was conducted in Allahabad and then in Delhi. A formal commission was created post-independence which we know today as the Union Public Service Commission.

The first IAS officer of India was Satyendranath Tagore. He was the real brother of Rabindra Nath Tagore (Writer of our national anthem).

Surprisingly, the first IAS officer of India cleared the exam at the age of 21. You could understand his struggle.

He cleared the exam when education was not a very loud subject in India. Satyendranath Tagore cleared in that period when British people were given preference in all sorts of examinations.

Satyendra was earlier reluctant to go to England and prepare for Civil Services Examination. However, his friend Monomohun Ghosh encouraged him and they both flew to England to prepare for the exam in 1862.

Satyendranath Tagore was selected for Indian Civil Services in 1863 and went under training till 1864.

What was the first posting of first IAS officer of India

After clearing the IAS examination, Satyendra Nath Tagore went under training for 1 year and was first posted to Bombay Presidency. Further, he was moved to Ahmedabad after 4 months of initial posting.

When did Satyendranath Tagore Retire?

Satyendranath Tagore worked in several states of India and served in many key positions. He was a wonderful civil servant. He was also posted in Hyderabad and Ahmedabad.

At the end of his career, he served as Judge of Satara in Maharashtra in 1897. Prior to this, he was a district judge of Karwar, Karnataka.

After his retirement, he lived at Park Street and then shifted to Ballygunge, Kolkata.

Other Achievements of Satyendra Nath Tagore

Ans – Satyendra Nath Tagore flew to London for the Civil Services preparation in 1862 and cleared the exam in 1863.

Q2-  What was the last post of the first IAS officer of India?

Ans – The first IAS officer of India served last as Judge of Satara in Maharashtra state.

Q3- When did Satyendra Nath Tagore retire from ICS?

Ans – He retired in 1897 from the post of Judge of Satra. Prior to this, he served as Judge of Karwar, Karnataka.