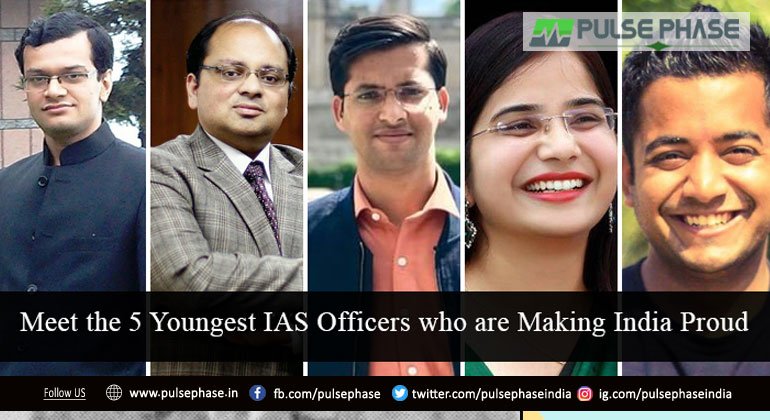 The IAS exam is one of the toughest exams but there are some students who just don’t only clear the UPSC exam but also made a benchmark.

This IAS officer has a success story that should be narrated in a film. Surprisingly, his father is an auto-rickshaw driver yet he cleared the UPSC exam.

Ansar secured AIR 361 at the age of 21 and currently, he is serving in Indian Civil Services. Currently, he is posted as Special Officer at the department of MSME and textiles, WB (West Bengal) Government.

Ansar hails from Shelgaon village in Maharashtra’s Jalna. He broke the previous record of Roman Saini, who had cleared the exam at the age of 22.

Prior to Ansar Ahmad, the youngest IAS of India title was with Roman Saini. He possesses a brilliant entrepreneurship mind and resigned from IAS in 2016. Further, he co-founded the Unacademy institute.

Saini was posted as Assistant Collector in Madhya Pradesh before he resigned from the Indian Administration Services. Before appearing in Civil Services Exam, Saini was working as Junior Resident Doctor in AIIMS, Delhi.

If we talk about the Youngest IAS officers of India then the discussion is incomplete without Swati Malik.

She is one of the youngest IAS officers in India from Sikar District, Rajasthan. Notably, Swati cleared the UPSC examination in 2008 and secured 260 AIR.

Swati is currently working for the betterment of our society and posted in Madhya Pradesh State Cooperative Marketing Federation.

Amrutesh is also one of the youngest IAS officers of India and He hails from Pune, Maharashtra. He has a finest and decent background to support him. His father was deputy director at Ground Water Survey and Development Agency.

Amrutesh’s mother is a gold medalist in BA (Economics). Not only that, but her sister is also part of the Indian Revenue System.

This youngest IAS officer opted for Sociology and Philosophy and he opted for this optional basis on the liking of these subjects. He secured 56% marks and got 1st rank in Maharashtra and AIR 10th.

A youngest IAS officer who wants to achieve big in his lifetime. For his further studies, he was invited to study by one of the most reputed institutes of all time, Harvard University.

He again set a benchmark which is interesting in its own way. Ankur Garg got 171/170 in macroeconomics. It’s a record in itself. He also won the Raymond Vernon Award.

He is a brilliant leader and he received this award for international development, good citizenship, and strong leadership qualities.

Yes, we are talking about none other than Ankur Garg.

Prior to flying to the USA for higher studies, he served in Arunachal Pradesh, Goa, Mizoram and Union territories cadres. At last, he was the private secretary of Suresh Prabhu, A former civil aviation minister.

Q. Who all are the youngest IAS officers of India?

Q. Who is the youngest IPS officer of India?

Ans – Hasan Shafin is the youngest IPS officer of India who joined ASP at the age of 22 by clearing the UPSC exam with 561 Rank.

Q. Who is the first IAS officer of India?

Q. When was the first IAS examination held in India?

Ans – IAS examinations were first held in 1922 in India. Earlier, an IAS aspirant had to fly to London for the preparation and exam.

Q. In which city, IAS exams were conducted in India?

Ans – Allahabad now known as Prayagraj is the first city where IAS examinations were conducted.