It takes a good amount of effort and dedication to get through the examination for IAS. Many people attempt for the exam to become an IAS officer but only the most talented and finest aspirants reach this height.

Just to give you a brief idea, Indian Administrative Services is the branch of Indian civil services that handle the general and revenue related administrative matters of government. An IAS officer also is responsible for maintaining law and order in the area given to him.

IAS exam is “No Child’s Play”; it is tough to clear the competitive exam. Although, many of the aspirants clear the exam without joining any IAS Coaching centre, but usually it is sensible to join a good coaching centre for a systematic and strategic preparation of Indian Administrative Services.

So, once you have made up your mind to choose IAS as your career, the next step is to find the right coaching center which gives you guidance, course material and coaching to crack this toughest most exam.

Since IAS isn’t an easy exam, not all the cities have really good and authentic institutes offering classroom and online coaching for IAS exam preparation.

To make it easy for you, we have prepared the list of cities with Best IAS Coaching in India. you can move into these for IAS Exam preparation

There are Top 12 Best cities for IAS Coaching in India.

When it comes to best IAS coaching centres; Undoubtedly, Delhi tops the charts. Delhi is full of Top IAS cooachings and IAS aspirants. In the last few years, thousands of students have appeared for this exam from Delhi alone. That is the reason, Delhi has a maximum number of IAS coaching institutes. Furthermore, people from smaller cities around Delhi move to the capital city for IAS preparation

At the same time, experts in teaching for IAS get better opportunities in Delhi, so they too move to Delhi to coach the students. In short, Delhi has a maximum number of Best Coaching institutes for IAS Preparation with higher success results.

Some of the well-known institutes in Delhi for IAS Coaching are:

After Delhi, Allahabad hosts the highest number of IAS aspirants (Information source – https://timesofindia.indiatimes.com). Even if you are looking for the coaching in Hindi medium, you can get good and reliable coaching in Allahabad on affordable fees. Past records indicate that the maximum number of students who had cleared this exam are those who have prepared for IAS Exam in Allahabad.

Here, you will find many IAS coaching institutes offering classes in both English and Hindi medium, which also provide hostel facilities, food and library facilities, so that people can stay there and study dedicatedly without any distractions.  These facilities are available for both locals and students from the outstation.

Some of the renowned institutes in Allahabad for IAS Coaching are:

Capital City of Uttar Pradesh- Lucknow is also known for excellent IAS preparations. Education level in Lucknow is quite high. People living in Lucknow, as well as nearby cities & small towns, choose to Prepare for IAS Exam in Lucknow, despite the higher cost of living as compared to other cities in UP.

This is primarily because of the quality of education they get in this city. Like Delhi, Lucknow also has a large number of good institutes for IAS preparation with all the necessary facilities.

To name a few reputed institutes in Lucknow for IAS Coaching are:

People from Bihar are known for their passion and dedication towards higher studies. Every year, a large number of people from Bihar crack IAS exams. Level of coaching in Patna (the capital city of Bihar) institutes is quite high.

Despite the fact that IAS institutes in Patna offer the highest quality education, the expenses of studying and living in this city are much lesser than in cities like Delhi, Mumbai, and Lucknow.

In the past few years, Jaipur has grown so much, especially in terms of education. May it be engineering college, medical college or IAS coaching, you can get the finest quality education here. This city has given many successful IAS officers to the nation. Earlier, people from Jaipur used to move out for the sake of getting a good education.

But now, Jaipur has become one of the top hubs of an educational institution. In fact, many prominent IAS Coaching institutions of Delhi have opened their branches in Jaipur, which is good news for all the aspirants from the entire Rajasthan who use to go to Delhi for getting the coaching.

Here are the best institutes for IAS preparation in Jaipur

This state of Madhya Pradesh hosts many high-level IAS coaching institutes, which has created a positive atmosphere for those who want to appear for and clear the IAS exam. The city offers a great education at a competitive fee structure.

Now the local people do not need to move out of their city to prepare for the IAS examination. Being a small city, the cost of living and studying in Indore is not so high.

If you are looking for the best institutes in Indore, check

Even though Agra is a small city, there are more than 25 IAS Coaching Classes in Agra that you can join for your IAS Preparation. Being in a constantly competitive environment will boost your performance and also propel your IAS preparation in the right direction. Institutes in Agra offers an extensive program for IAS preparation which is of great help for the students to get through the exam.

Consider these institutes when you are looking for the best IAS Institutes in Agra.

In Hyderabad, the Indian Administrative Service is the dream of the many UPSC Aspirants. The city not only has IIT, but it is also coming up as a hub for IAS coaching institutes. During the past few years, demand for IAS as a career option has increased in Hyderabad considerably that has led to increased numbers of IAS coaching centre.

Having a regional institute gives an advantage to those students who are comfortable with studies in their local language. In Hyderabad, the majority of students are Telugu speaking who come from all across Andhra Pradesh to prepare for the IAS exam.

Some of the top IAS institutes in Hyderabad are:

A Few years back, Bangalore used to be flooded with people from an information technology background. The city is known as Silicon Valley in India, because of a large number of IT companies. But recently, the city has witnessed thousands of IAS aspirants, which eventually, increased the demand for having some good institutes for IAS preparation.

Institutes for IAS Exam preparation are increasing every year in Bangalore. Just like Delhi, Bengaluru is expensive in terms of living and studying, however, the quality of studying for IAS here, is at par with other top cities.

At present, lots of high-level coaching institutes in Pune city of Maharashtra state are providing higher and quality education to the local students here. Being a prominent city in Maharashtra, Pune is the preferred choice of the students for preparation of IAS. Although, Mumbai is not behind Pune for UPSC coaching, because of the peaceful environment and cheaper options to survive (in comparison with Mumbai), people from outskirts choose Pune for their exam preparation.

Consider these institutes when you are looking for best IAS Institutes in Pune:

In earlier days, people from Kolkata used to go to Delhi for Preparing the IAS exam, but that isn’t a feasible option for everyone. Not everyone, who intends to grow can afford costly education in an expensive city like Delhi.

Today, with the growing demand of IAS aspirants, Kolkata hosts some of the best IAS coaching institutions, which has the best IAS faculties. In fact, these Top IAS coaching centers have faculties coming directly from Delhi. Consider these institutes when you are looking for best IAS Institutes in Kolkata:

Last but not least, is Mumbai – the city of Dreams. This beautiful city has many high-level IAS coaching institutes that provide quality education to the local students. These institutions, available in Mumbai, are proving to be very good for the students preparing for IAS/UPSC. Although Mumbai is on a bit expensive end, for the localities and people from the nearby small towns, Mumbai is still affordable.

Some of the top IAS institutes in Mumbai are:

Now that you have seen that most of the prominent cities, now offer quality education, when it comes to preparing for this most prestigious position in the country. You can choose the one which fits your needs best. Having the institute in a Local or nearby city from your home town gives you an added advantage of studying in the local language and transportation.

For example, Someone coming from the South of India, would not be comfortable with studies in Hindi. He or she can study in their regional language if the institute is in the local area or nearby areas.

Other than that, many of the reputed institutes offer online coaching classes, which is of great help if you are unable to move to any of these big cities.

Go for the online classes with a good institute rather than choosing an unestablished coaching Centre (the one with low or no success rate in getting the IAS exam cleared), which doesn’t have good resources for their students.

No matter, which part of the country you stay, you may find many institutes around you who claim to coach you for IAS. Not all of them are equally good. Make your own research, look for their past results of the institution and if required, move to any of the above-mentioned cities to give wings to your dream of becoming an IAS officer.

Check Detailed Review of Other IAS Institutes in India

Abhinash Chaudhary is a Passionate Blogger, Entrepreneur & Digital Marketer in India. He has been blogging since 2013 & writes about Education, Web Design, Web Development, SEO, and Technology. Profile
39 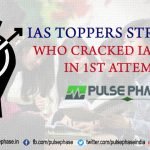 IAS Toppers Strategy Who Cracked IAS in 1st Attempt and Preparation Tips
× How can I help you?